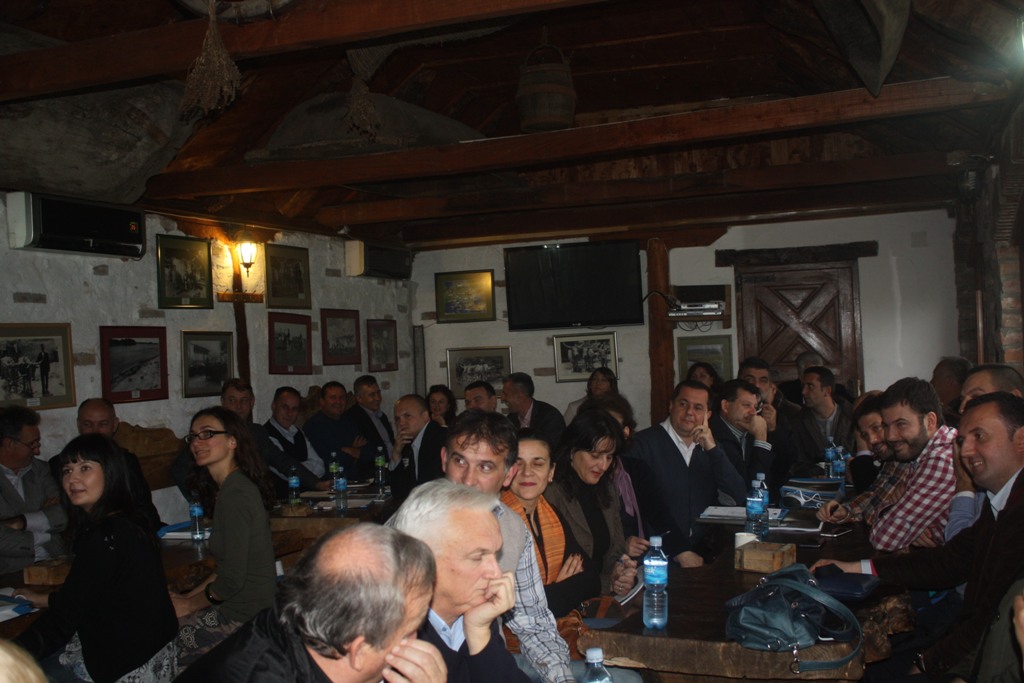 The closing conference of the “Wise use of common natural resources – road to sustainability of the Serbia/BiH cross-border region” project, funded by the EU under Serbia – Bosnia and Herzegovina IPA Cross-Border Programme, held at the Special Nature Reserve Zasavica in Sremska Mitrovica, saw the presentation of Action Plan for sustainable use of natural resources that yielded over 90 project ideas regarding biodiversity, sustainable use of water, air, soil, forest and protected natural resources, as well as cultural and historical resources that should be developed and implemented in the coming period.

“Over one year and with the involvement of all partner Municipalities – Zvornik, Bratunac and the City of Bijeljina from Bosnia as well as Bogatic, Mali Zvornik, Ljubovija and Loznica from Serbia – this project has developed an action plan for shared and balanced use of the common natural resources,” said Project Manager Elisabetta Sartorel.

“Particular reference was made to the Drina River and its tributaries, which during the tragic floods of May 2014 obliged these Municipalities to realise how important it is ‘to protect the water and to be protected from the water’,” Sartorel said and expressed her hopes that the forthcoming third Call for Proposals under the Serbia-Bosnia and Herzegovina IPA Cross-border Programme would offer a solid platform for building on the results achieved under this project and help Serbian and Bosnian municipalities to make their territory better and safer place for all their citizens.

Action Plan is accompanied by a comprehensive Study on the Condition of Environment and Natural Resources in the participating municipalities, as well as a GIS database on identified natural resources that will be kept up to date by municipal representatives trained within the project.

During the meeting, participants were presented the possibilities for further funding of the planned activities and project ideas, while representatives of all participating municipalities expressed their willingness to continue cooperation by signing the Declaration on cross-border cooperation aimed at sustainable use of natural resources of Drina River basin in Serbia and Bosnia and Herzegovina.

The project worth more than EUR250,000 has been implemented by Union of Ecologists from Belgrade and Centre for Sustainable Environmental Development from Sarajevo, in cooperation with municipalities of Bijeljina, Zvornik and Bratunac from BiH, as well as municipalities Bogatic, Mali Zvornik and Ljubovija from Serbia.

Main objective of all the activities implemented in 2013 and 2014 was to contribute to sustainable development of Serbia-BiH cross-border region through the establishment of integral system for management of natural resources in municipalities located in coastal area of Drina River in both countries, that make a direct use of shared natural resources.

Closing conference was an opportunity for a public display of the results achieved, but also to make a plan for further cross-border cooperation in the forthcoming post-project period.

Closing conference has brought together over 50 representatives of local self-governments of municipalities of Zvornik, Bratunac and Bijeljina from BiH, and Serbian municipalities Bogatic, Mali Zvornik, Ljubovija and the City of Loznica. Among the attendees of the Conference were also representatives of the Delegation of the European Union to Serbia, Ministry of Agriculture and Environmental Protection of the Republic of Serbia, Serbian Agency of Environmental Protection and Chamber of Commerce, as well as representatives of NGO sector. 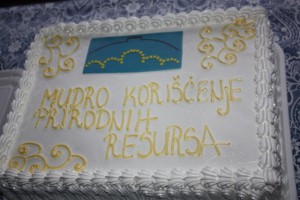 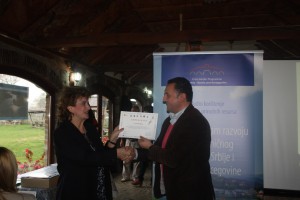 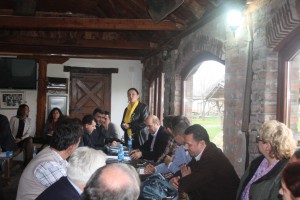 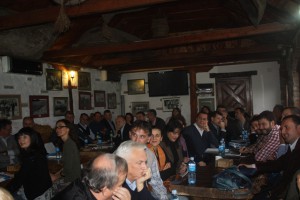 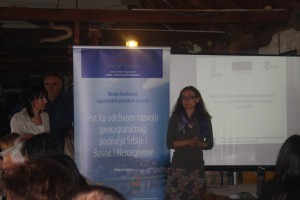