The exhibition “Winter Olympic Games 84” opened within the Museum in Prijepolje as part of the “Museum Stories” project.

The exhibition in the gallery of the Museum in Prijepolje represents a unique combination of sports and artistic spirit of the 14th Winter Olympic Games.

The first part of the traveling exhibition “ZOI ’84” includes posters designed in the period of the Olympic game by the academic painter Ismar Mujezinović. These are consisted of eight posters on which one Olympic discipline is presented.

As part of the second part of the exhibition, visitors have the opportunity to see ten caricatures prepared by cartoonist Hasan Fazlić during those Olympic days. Participants, athletes and organizers were presented at them.

During the opening of the exhibition, the coordinator of the project, Natasa Jovanovic, pointed out: “We cooperated on the digitalization and restoration of museum collections. In terms of strengthening the technical capacity of the museum, we have developed an application for mobile phones that will allow visitors to follow the museum’s contents. Special attention is put to the education of museum workers. We have created a joint catalog in four world languages ​​and established cooperation in organizing joint and producing new exhibitions. ”

The visit of the exhibition “ZOI ’84” is a kind of overture for the exhibition of the History Museum of Bosnia and Herzegovina called “On Walter’s Way”, which should visit Prijepolje in November. After that, the recently renovated Olympic Museum in Sarajevo will be presented the exhibition “Vlade Divac – a basketball legend”. 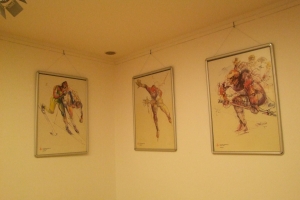 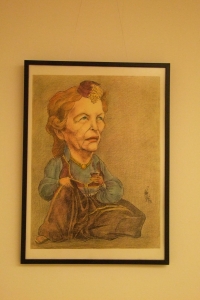 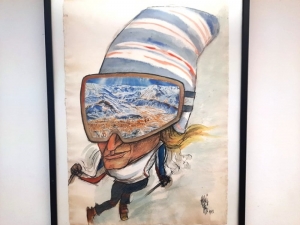 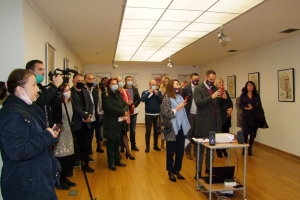 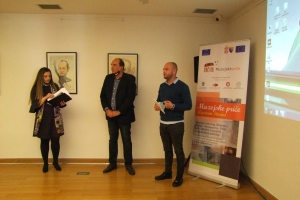 The exhibition “Between two empires” was opened in the National...
Scroll to top