The project “Museum Stories” was presented on March 21st, 2019 in the City Hall in Sarajevo. The project is co-financed by European Union under the Cross-Border Cooperation Programme Serbia–Bosnia and Hercegovina 2014-2020.

The presentation of the project was organized was organized with the aim to make familiar to participants the projects activities, which will contribute to the strengthening of the cultural identity of Bosnia and Herzegovina and Serbia.

In the introductory statement, the Mayor of Sarajevo, Abdulah Skaka pointed out that Sarajevo has become a preferred partner in the process of application and implementation of projects financed by the EU funds.

“This project is an indicator of a new trend of the city administration. The trend is reflected in increased and successful activities in the field of application of ideas and projects, and thereby the financial resources are increasing which are received from the international financial funds and line.” said the Mayor of Sarajevo.

Project team members established the Informal Network of the Museums and signed the Memorandum of Cooperation after the official presentation of the project. 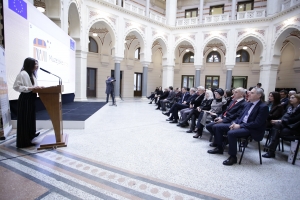 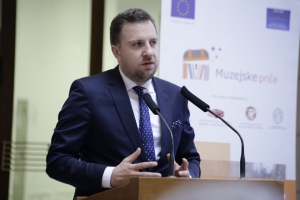 The first press conference of the project “White sport and 19th century common...
Scroll to top