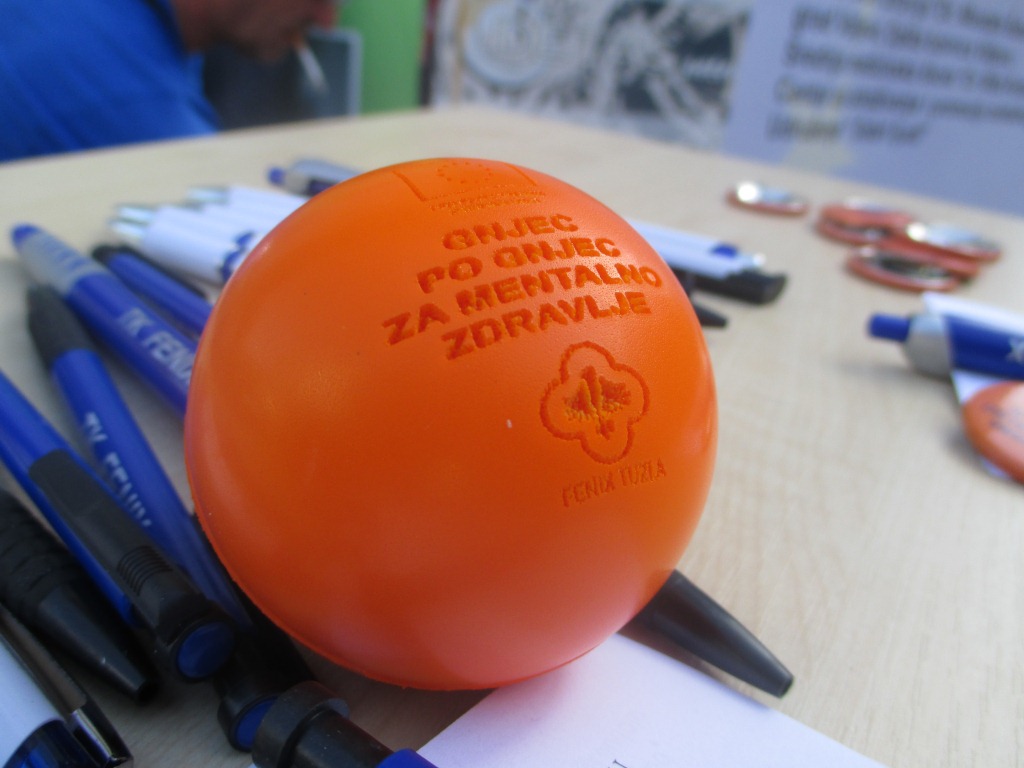 Upon the initiative of the World Federation for Mental Health, since 1992 World Mental Health Day is observed on 10th October every year, with the overall objective of raising awareness of mental health issues around the world and mobilizing efforts in support of mental health.

The Day provides an opportunity for all stakeholders working on mental health issues to talk about their work, and what more needs to be done to make mental health care a reality for people worldwide. The theme for 2014 is “Living with schizophrenia”.

According to this, the first Association of Users of Mental Health Services in Bosnia and Herzegovina, Fenix (Association for self and mutual help to people with mental disease) based in Tuzla, has organised a yearlong promotional campaign called “Day by Day for Mental Health”, which has begun the 10th of October.

Several activities have been planned and implemented during the first days of the campaign, and many others will be in the next few months.

On Friday, October 10th, Fenix organised a workshop of Visual Arts in its premises, conceived and led by a member of the association who is a trained and experienced artist, Adnan Sivic. During the workshop he showed how it is possible to express creativity in a simple way: he taught some basic techniques which allow anyone to draw and paint any kind of subject with few instruments and tools. The participants were encouraged to express their feelings by drawing on paper following a roughly defined pattern.

On Saturday, October 11th, Fenix organised a promotional stand in Tuzla’s centre, in the main pedestrian way. This activity was organised the day after the World Mental Health Day in order to take the most advantage of the weekend and to get the highest media attention due to the election silence imposed on that day (elections in BiH were held on Sunday 12th October).

From 10.00 to 14.00 hours project staff and Fenix members distributed some promotional items such as pens, umbrellas, USB pen drives, t-shirts, anti-stress balls, as well as informative printed material such as fliers, leaflets and brochures about mental health, schizophrenia, stigma and related topics. More than 400 hundred people were directly contacted and sensitized about the issue of mental health.

The most important, relevant and innovative activity organised on this day was a direct and concrete experience offered to people: a cage was built in the middle of the street, and two loudspeakers were put on two sides of it loudly playing noises and voices representing the real sounds of hallucinations; inside the cage a chair, where people were invited to sit and offered “pills and medicines” with no further explanation. The idea was to offer people the chance to experience what meant to be a psychiatric patient, specifically suffering of schizophrenia, and to understand what is institutionalisation and repression methods in treatment of mental disease.

Certainly a provocation, as people were put in a cage, but it was useful to sensitise people about issues related to mental health such as stigma and prejudice towards people suffering these problems.

On Monday, October 13th, in Fenix premises an art exhibition was organised, in order to show the works of Fenix members from the above mentioned workshop and all the works of the artist/educator/member Adnan Sivi?. The exhibition will remain open until Friday, 17th of October.

All the activities organised by Fenix in Tuzla for the Campaign related to the World Mental Health Day were very successful, both in terms of public participation and media coverage, despise the electoral period which unfortunately drew most of the media attention during the implementation of the above mentioned initiatives. Interviews were given to several media representatives, conferring great visibility to the Campaign, to Fenix, to the project Upstream II and to European Union’s contribution to it. 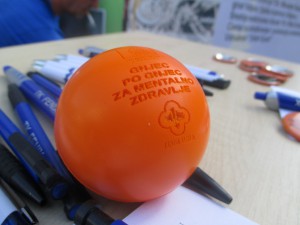 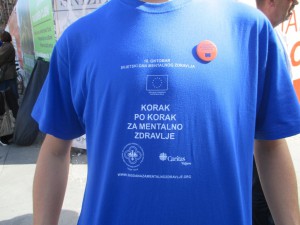 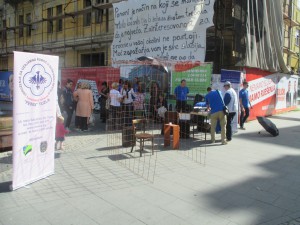 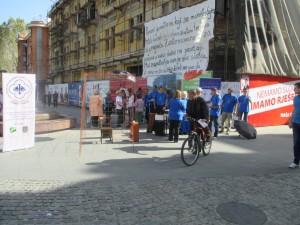 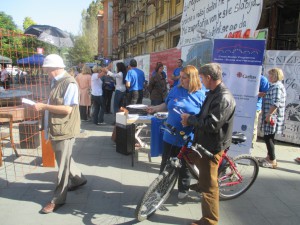 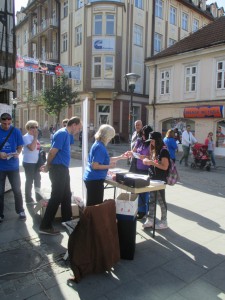 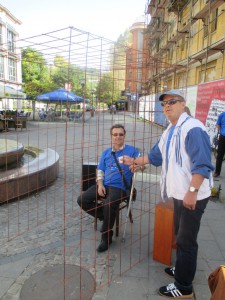 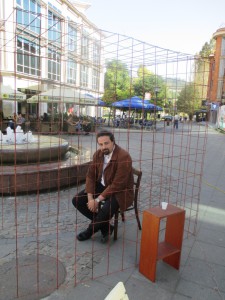 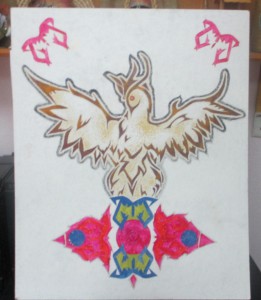 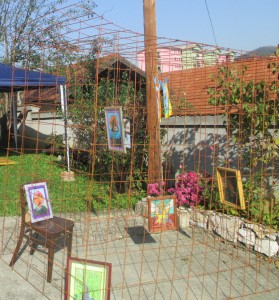 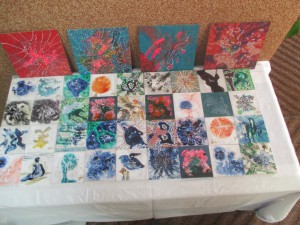 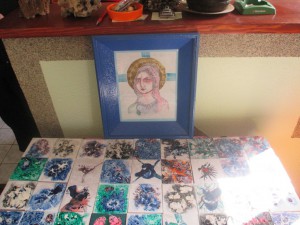 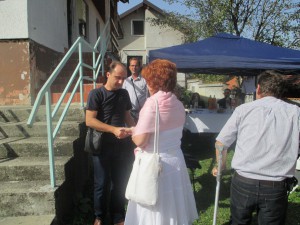 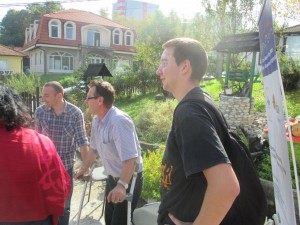 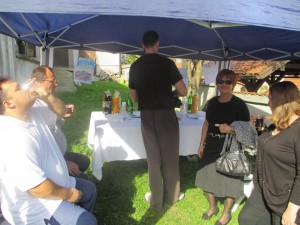 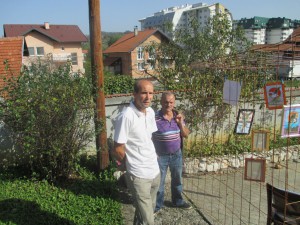 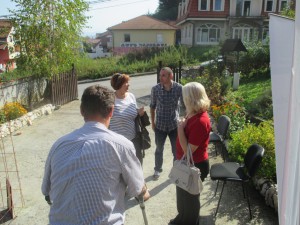 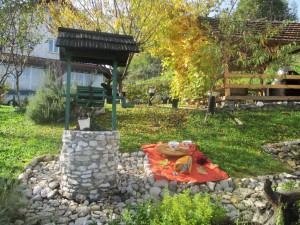 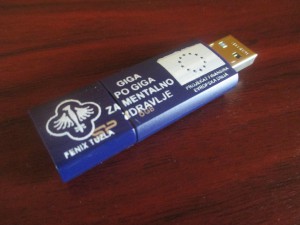 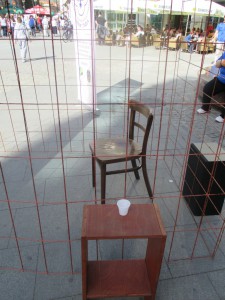 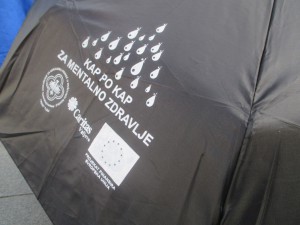 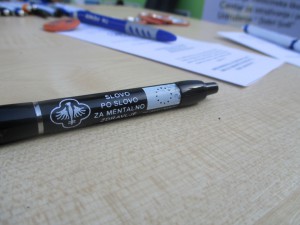