In the framework of the project “Support to cooperation, inclusion, education and the promotion of Roma culture in Bosnia and Herzegovina and Serbia SA-ŠA”  funded by the EU under the IPA cross-border cooperation between B&iH – Serbia and implementing by  in Bosnia and Herzegovina, Sarajevo City with local partners Sarajevo Regional Development Agency SERDA and Hilfswerk Austria International, and the National Council Roma National Minority Serbia-regional office Sabac, two three-day workshop on “Project Cycle Management-PCM” were held in Sabac  from   23.01. to 25.01.2014. and Sarajevo from 03.02. to 05.02. 2014.

The workshops were attended by representatives of Roma associations/NGOs from the City of Šabac, municipalities Bogatic, Koceljevo and Loznica, the City of Sarajevo, municipalities Visoko and Kiseljak. The goal of the workshops was to acquire basic knowledge and skills needed for planning and implementation of EU projects and projects in general, in order to build the capacities of Roma organizations and to enable them to independently identify and access alternative financing sources and implement projects more successfully.

Available funds of interest for the user group were presented during the workshop. The representatives of NGOs/associations stated their interest in and satisfaction with the topics during workshops, and representatives from Bosnia and Herzegovina also developed a joint project idea in education.

The ‘’SA-ŠA Academy’’ was also opened as part of the implementation of the ‘’SA-ŠA’’ project on January 30, 2014 in Šabac. It will educate women, primarily Roma women in professions of beauticians and hair dressers. The opening ceremony was attended by numerous invitees, including also the representatives of the EU Delegation in Serbia, JTS, representatives of Roma NGOs and representatives of the project team from Bosnia and Herzegovina. 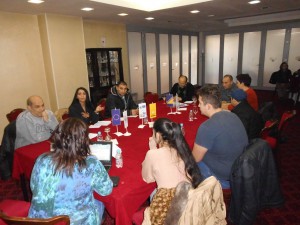 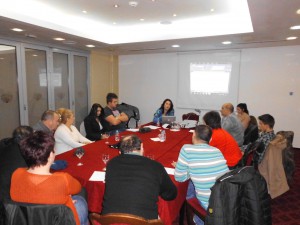 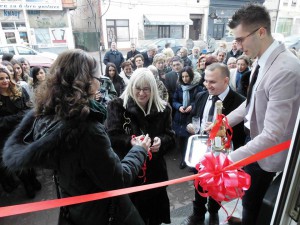