Blog - Latest News
You are here: Home / Newsroom / News and events / Within the support of the “BWL” project, Uzice and Tuzla are...

On the occasion of the beginning of the project “Establishment of a system for sustainable management of bulky waste in the cities of Uzice and Tuzla” (BWL) A press conference was held in Tuzla on 29th  April, 2021.

The aim of the conference was to inform the general public with the activities and results of the project, to announce and explain the new concept of bulky waste management, which is being established on the territory of the two cities. Also, the aim of the conference was to encourage local actors to take an active role in establishing and implementing a new bulky waste management system. During the discussion, Slavko Stjepić, Head of the Civil Protection Service for Tuzla, addressed to  the participants. He emphasized the importance of the project from the aspect of civil protection, illegally disposed bulky waste is a big problem during increased precipitation and is often the cause of floods.

Maida Mehmedović, President of MZ “Gornja Tuzla”, expressed her interest in introducing a systemic solution for bulky waste management that will be more acceptable for citizens and for JKP Komunalac. Alma Bubić, an employee of the City of Tuzla, stated that illegal landfills with bulky waste are a problem for the city and that this project will bring order to this segment of waste management. 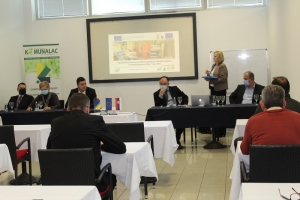 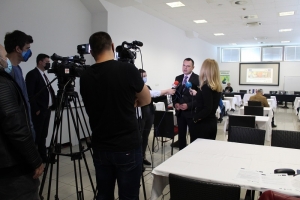 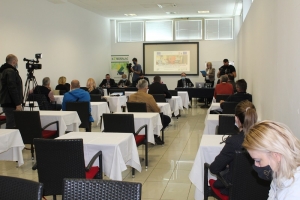