Blog - Latest News
You are here: Home / Newsroom / News and events / Events / The first exhibition match was held within the project “Social integration...

An exhibition match in table tennis for people with disabilities was played at the Technical School “Mihajlo Pupin” in Inđija during the weekend, on Saturday, September 12, 2020. Although it was played without an audience in accordance with the measures to prevent the spread of COVID-19, that did not stop the athletes from playing matches in a friendly atmosphere in the spirit of cross-border cooperation.

Borislava Perić Ranković, who is also the ambassador of the Parainspired project, Mitar Palikuća and Aleksandar Jevremović, who compete as representatives of the Republic of Serbia in table tennis, performed on behalf of Serbia. Haris Eminović, Ivica Vidiček and Darko Pavlić from Bosnia and Herzegovina competed, followed by coach Jovica Šormaz in front of the table tennis club for people with disabilities “Vrbas” from Banja Luka. 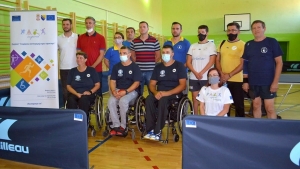 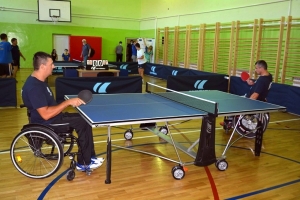 Great tourist attraction “StaPARK” has been in the final phase of...
Scroll to top