Blog - Latest News
You are here: Home / Newsroom / News and events / Events / Great tourist attraction “StaPARK” has been in the final phase... 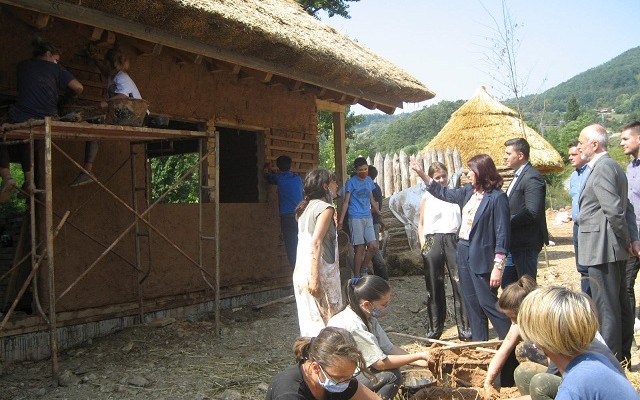 Construction works on the construction of a Neolithic settlement and the establishment of an open-air archeological park in Staparska Banja near Užice are entering the final phase. The end of the works is expected in the next month. Uzice Mayor Jelena Rakovic Radivojevic visited the future archaeological park in order to get familiar with the dynamics and deadlines for the completion of the settlement.

The mayor of Uzice, Jelena Raković Radivojević, emphasized that the project will improve the cultural identity, as well as the cultural heritage of the two cross-border areas of Serbia and BiH, and a good continuation of cooperation between Zlatibor district and Tuzla canton.

“The archeological park was supposed to be realized at the end of April, but due to the epidemiological situation related to the Covid-19, the deadline for the completion of works has been extended and we expect that the works will be completed in next 30 days. ” The project is funded by the European Union through the Cross-border Program Serbia-Bosna and Herzegovina and main activity is building an archaeological park in the Neolithic era, which is located in the canyon Đetinja, 7 km from Užice. This is a completely new tourist destination, it will offer various educational workshops to visitors, where they will be able to see how a non-elite man lived. ”

Project manager , Snežana Milisavljević stated that there were a lot of challenges during the realization of the project, that all challanges ware overcome. Now, people are working on the final works  in the Neolithic park.

“We are convinced that this will be a segment and the reason why many tourists will visit Uzice, also the reason why all the people of Uzice will come to the gorge and visit the first open-air archeological park of this type.”

Mrs. Milisavljević stated that the park was built of natural materials from the territory of the Zlatibor district, the clay is from Zlakusa, the rye straw is from Akmačić near Nova Varoš, and most of the masters are from this area.

“From the beginning, in cooperation with people from the Philosophy Faculty from the Department of Archeology at the Archaeological Institute, we tried to activate the scientific community on the territory of Serbia. We connected with the European network of air -open archaeological parks, we participated in their workshops, were invited to their seminars, and we presented the project.”

Archaeologist Ana Đuričić pointed out: “Large funds have been invested in this park and everything is in the form of real houses from that period. It will be an ideal place for educating the population, also people have opportunity to be familiar with life in the Neolithic.” ceramics. Such parks are an opportunity to gain insight into the entire life in the Neolithic. Everything is new, we are pleased with how everything looks.” 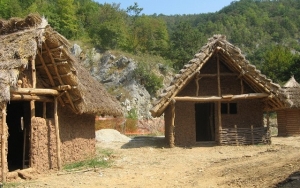 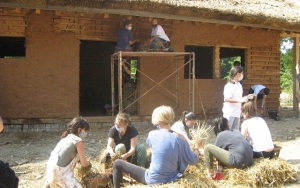 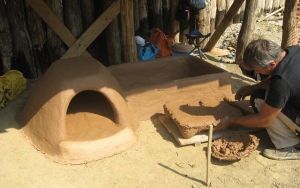 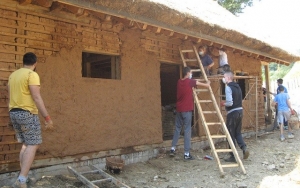 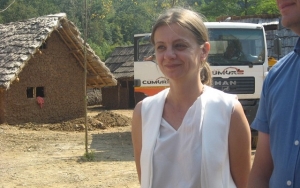 Project “Parainspired” improved parasport in Serbia and Bosnia and Herz...
Scroll to top