Blog - Latest News
You are here: Home / Newsroom / News and events / Events / The Eighth National Conference on Territorial Cooperation  was held on ...

The Eighth National Conference on Territorial Cooperation  was held on December 14 at the Serbian Chamber of Commerce in Belgrade.  The Minister of European Integration, Tanja Miščević, presented today the results of Serbia’s territorial cooperation programme with the countries of the EU and the region and pointed out that in the period from 2004 to 2020, the EU allocated about EUR 400 million for these programmes.

According to her, more than 1,600 projects were financed on the territory of Serbia, including the participation of more than 1,000 partners, and the programmes and results covered about 100,000 people.

At today’s Eighth National Conference, in addition to the presentation of the results so far, the URBACT programme was presented as one of the ten future cross-border programmes in which Serbia has been participating since last year, and which will last until 2027.

Miščević pointed out that cross-border programmes enable better preparation for what follows, as she says, which is EU accession.

“It is important to understand how we cooperate with the EU, how we improve our bilateral cooperation, but also how to prepare for what comes with the EU accession process and also after joining the community. It is important to see and recognise the potential from the implemented programmes, in order to include them in new projects,” said the minister.

All these projects, added Miščević, contributed to citizens in many cities, surroundings and places, getting better utility and traffic infrastructure, to small and medium-sized enterprises improving their operations and providing more jobs, as well as to improving tourism.

“The restoration of cultural heritage buildings, the construction of bicycle paths, the restoration of museums, galleries, centres of culture, as well as the work on schools, institutions and hospitals through a large number of projects that contributed to the improvement of work in environmental protection, all of this is of great importance for local regional communities of states that are in the EU accession process,” said the minister.

The implementation of these projects in cooperation with neighbouring countries, Miščević points out, helped to solve common problems.

“Infrastructural projects and the renovation of cultural institutions contributed to the development of tourism in small and medium-sized local self-governments, and thus to the improvement of employment,” Miščević said.

She concluded that the continuation of these programmes and the new financial perspective will contribute to the development and realisation of new ideas.

The Director of the Division for Strategic Analyses, Services, and Internationalisation at the Serbian Chamber of Commerce, Mihailo Vesović, opened the conference and emphasised that Serbian companies and the Serbian economy are already deeply integrated into the EU economy and that everything that happens in the EU is directly reflected in the events in the Serbian economy.

“Cross-border cooperation programmes, although perhaps less visible on a national level, are extremely useful for local self-governments, as well as for regional chambers of commerce, which have participated in a large number of these projects and programmes in the last 10 years and thus have done a lot to enable cooperation to have its economic effect”, said Vesović.

The head of the Joint Secretariat of the URBACT programme, Teofil Gherca, presented this programme and emphasised that as many as 72 per cent of Europeans live in urban areas.

“The aim of this programme is to encourage sustainable integrated urban development in cities across Europe. All big cities have the same or similar trends and challenges when it comes to sustainable development, social policy and climate change,” Gherca said.

He singled out the AGRI-URBAN project in particular.

“It concerns food production in small and medium-sized cities in Europe. We supported this strategy, and it can contribute to sustainability and increase the economic power of a city,” Gherca said.

The approved budget for URBACT, for all countries in the programme (Albania, Bosnia and Herzegovina, Montenegro, North Macedonia and Serbia) is about EUR 108 million and one of the first activities at the beginning of next year will be within the project of decarbonising cities.

Serbia will implement this cross-border cooperation, financed from the Instrument for Pre-Accession Assistance (IPA 3) in the period from last year to 2027, with Hungary, Romania, Bulgaria, Croatia, Bosnia and Herzegovina, Montenegro, and North Macedonia through the IPA Adriatic-Ionian Programme, Danube Region Programme and the already mentioned URBACT programme. 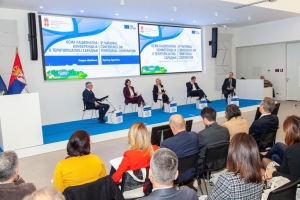 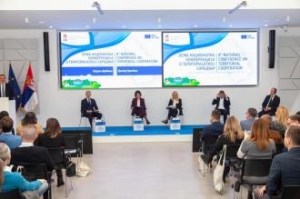 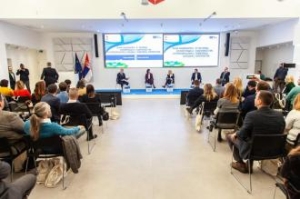 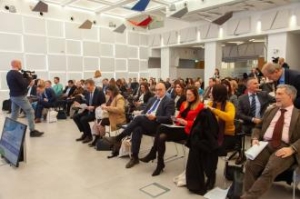 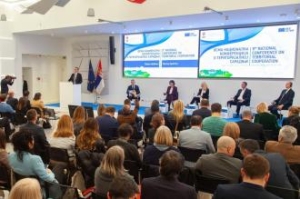 BUSINESS B2B MEETINGS WERE HELD UNDER THE PROJECT “ENHANCE” IN ...
Scroll to top