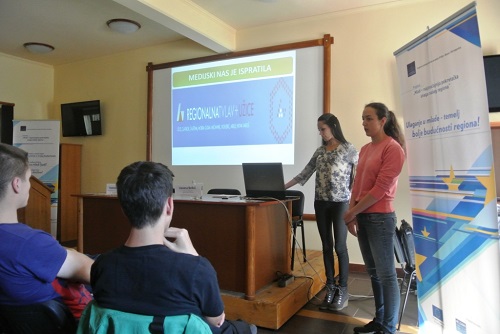 The youth cross-border conference called “Are you really listening to us” was held in the period from June 19-20, 2014 at the Hotel “Zlatiborska noc” in Uzice. At this conference which was performed as the final event within the project “Youth – Most Driving Engine of our Region” the participants were introduced with the results achieved during the realization of this project, as well as with the work of the most successful Youth offices/Commissions in the cross-border area of Serbia – Bosnia and Herzegovina (Sremska Mitrovica, Prijepolje, Bijeljina).

Nenad Radmanovic, the coordinator of the Youth Office in Sremska Mitrovica said that the participation in “this project helped him to exchange experiences and ideas with other participants of the project. He also said that he will apply the knowledge gained within this project in the future community based activities.”

At this conference the secondary school students from Bijeljina, Stara Pazaova, Cajetina and Foca presented the results of the local actions which were realized during the project in order to address some of the identified problems that young people have been facing in their local communities on daily basis.

Fourth edition of newsletter related to youth project within the CBC program...
Scroll to top