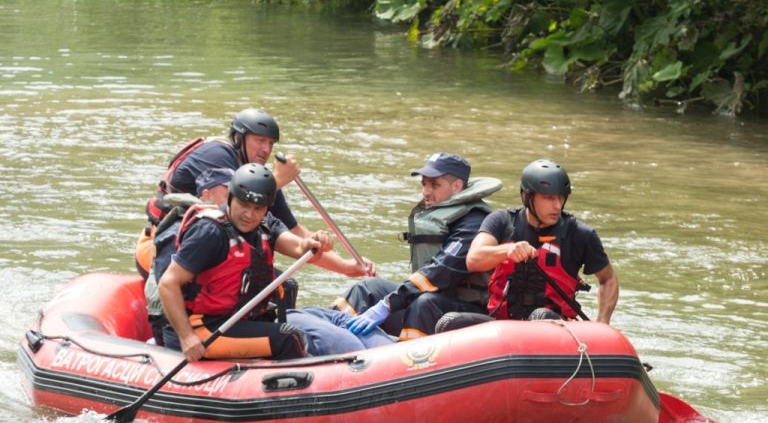 Implementation of the project “Flood defense system in the border area Serbia-Bosnia and Herzegovina”, which is implemented under the IPA I Cross-border Program Serbia-Bosnia and Herzegovina 2007-2013 enters in the final phase. During this phase the final demonstration exercise of civil protection units took place on August 30, 2019 in Mokra Gora.

The exercise consists of extinguishing coastal fires, building a dam in Rzav River with sandbags and rescuing the citizens from the torrential flooding area and rescuing people from the debris.

Trained units searched river and provided transport to civilian protection teams who searched the terrain in the coastal area to located endangered people. Transport was provided to endangered people to the position where the Red Cross team provided first aid.

Also the manual was created as a result of conducted trainings,  in addition, flyer “Prepare for torrential floods – tips for citizens”  was printed and will be distributed to the citizen.