The opening  conference of the project “Improved Emergency Preparedness & Coordinated Response in Cross-Border Area of Serbia and Bosnia and Herzegovina (CBC -IePCR)” was held in Sarajevo on December 29, 2021.

On that occasion, the  representatives of partner organizations and members of project team addressed to the audience and the media.

“Through this project, we have already procured snowmobiles, a quad vehicle, a trailer for the injured, as well as a part of medical equipment. Situation of the field  will be more functioned with mentioned equipment . Also, the joint trainings that we will conduct with our colleagues from Bosnia,at we will be more prepared for any possible emergency situation in the future “, said Branislav Ćurčin, the rescuer of the Mountain Rescue Service of Serbia.

Diana Radjo, from the Mountain Rescue Service of the Sarajevo Station, emphasized the importance of joint action in the border area, as well as the importance of well-trained rescuers in the areas of rescue from the waters, as well as from the mountains. “Mountain rescue services from the republics of the former Yugoslavia have been cooperating intensively for 10 years, and I hope that this project will help raise that cooperation to a higher level,” said Dzenadin Veladzic, Mountain Rescue Service of the Federation of BiH.

Project activities will be implemented in the Zlatibor district, as well as in Bosnia and Herzegovina, in Brčko, Foča, Orašje, Bjeljina, Sarajevo, Trnovo, Hadžići. In addition to the specific goals of the project, the plan is to raise the awareness of the population on how to behave in the event of major natural disasters, but also to contribute to the spread of volunteerism. 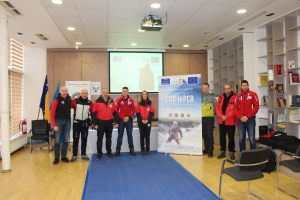 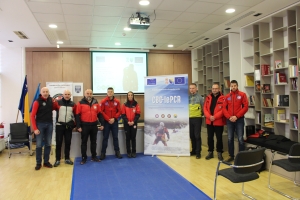 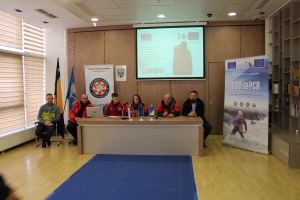 Some of the key messages of the conference Counting to Zero – Zero Waste...
Scroll to top