Blog - Latest News
You are here: Home / Newsroom / News and events / Events / 3.20 milion EUR for the cross-border projects between Serbia and Bosnia...

Kick-off Conference on the occasion of the launching of the Third Call for Proposals within the Cross-border Cooperation Programme Serbia – Bosnia and Herzegovina took place took place on Friday, March 18, 2022 in the Specialized Rehabilitation Hospital in Banja Koviljača.

The Conference aimed at promotion the Call, Programme and the projects contracted within the 2nd Call for Proposals. The event was live-streamed for the wide audience.

Mr. Ljubinko Djokic, Deputy Mayor of the City of Loznica, welcomed all the participants and pointed out the importance of EU funded projects for the City. He singled out the project “Museum Stories” implemented by 11 museums from two countries with the aim of strengthening cultural identity of Serbia and Bosnia and Herzegovina by increasing accessibility and visibility of museums within the newly formed network.

Ms Jadranka Joksimović, Minister for European Integration and NIPAC opened the Kick off Conference. Minister pointed out the importance of the Third CfP within the IPA 2014-2020 period, just prior to initiating IPA III 2021-2027 programmes; the way EU funds are being used for equal and sustainable development, investing in the green infrastructure, environment protection, sustainable tourism and growth; and encouraged local communities to cooperate: “Municipalities should cooperate in order to be able to create good regional projects that can influence more communities, and a thus larger number of citizens within the counties. Smaller, less capacitated municipalities should rely on large municipalities with more experience and administrative capacities”.

Mr. Edin Dilberović, Director of the Directorate for European Integration of Bosnia and Herzegovina said: “In my opinion this Programme strengthen and improved relations between local communities in the programme areas in Bosnia and Herzegovina and Serbia. We can all be proud that more than 60 projects were implemented within the Programme so far. The cooperation will continue in the projects from the Third CfP, and after that within IPA III that will be supported by the European Union in the amount of 14 million EUR.”

Mr. Marko Jovanović, Assistant Minister of Finance from the Department for Contracting and Fiancing of the EU funds pointed out information important for the potential applicants: “The Call was launched on March 9, with the deadline for applications on June 7, 2022. The budget for the Call amounts to 3,207,809 EUR. The overall objective of the Call is in the enhancement of socio-economic development in the cross-border area between the Republic of Serbia and Bosnia and Herzegovina, through the implementation of targeted and concrete actions, based on comparative advantages of the programmes area and the joint, efficient use of resources.”.

Mr. Živko Kolašinac, Head of Joint Technical Secretariate for the Cross-border Programme Serbia-Bosnia and Herzegovina presented ongoing projects from the Second CfP and invited potential applicants to attend Information Sessions and Partner Search Forum that will be organized on Mart, 21, 2022.

The event was a way to promote cooperation between two countries and encourage commuinstitutionsstituitions to participate in future projects that will improve the lives of citizens in the Republic of Serbia and Bosnia and Herzegovina. 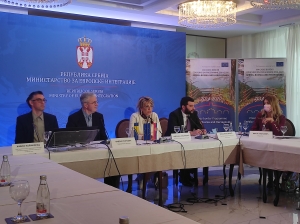 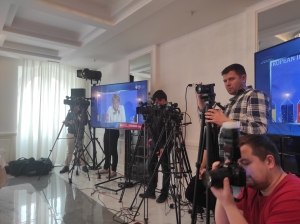 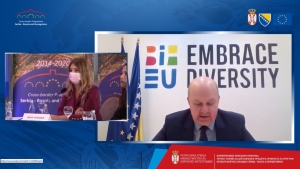 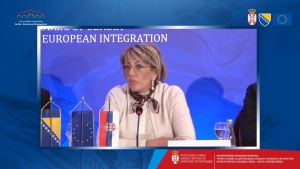 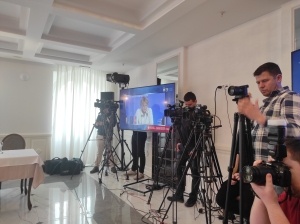