Within the project “Wise use of common natural resources – road to sustainability of the Serbia/BiH cross-border region” in sports and recreational complex “Sunny River”, near Banja Koviljaca since 26 until 28 March 2014. Was held a three-day workshop whose aim was to develop a draft action plan for the wise use of commomn natural resources in border regions, and on the basis of the completed report on the state of the nature of each of the municipalities participating in the project.

The workshop was attended by 45 representatives of local governments, public institutions and non-governmental organizations from Bogatić, Mali Zvornik and Ljubovija (Serbia) and Bratunac, Zvornik and Bijeljina (Bosnia and Herzegovina).

In the three-day work under the supervision of experts in strategic planning, Mile Knežević and Aleksandar Jevtic, participants developed a draft action plan for the management of shared natural resources in the area of cross-border municipalities Bogati? – Bijeljina, Zvornik Mali – Large Zvornik and Bratunac – Ljubovija. They defined common vision, set strategic and specific objectives and activities to achieve set goals. The last day of the training, participants developed the idea of cross-border project, among which should be noted the proposal for the establishment of a transboundary biosphere reserve “Delta Drina”.

Participants agreed on the work on the further development of documentation intended, which will be finalized in June, after consultation with the public in the targeted municipalities. 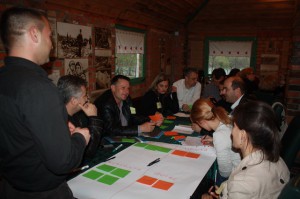 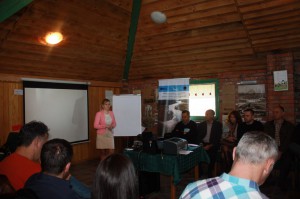