Blog - Latest News
You are here: Home / Newsroom / News and events / Events / Our projects were promoted through the environmental campaign “Pogledaj...

On June 25th, EU Green Day was organized in Užice within the environmental campaign “Pogledaj oko sebe”. The campaign  is  implemented by the Ministry of European Integration and the Delegation of the European Union to the Republic of Serbia together with the Ministry of Environmental Protection. Uzice is the first city in which a one-day tour of facilities built with the support of the European Union was organized. On this occasion, projects financed by EU through the Cross-Border Cooperation Programs Serbia–Bosnia and Herzegovina and Serbia–Montenegro were presented.

“We have chosen Uzice to start our tour together with minister Joksimovic because we wanted to go and visit larger cities.  Also, Uzice is the place with the first Regional Solid Waste Landfill that was built in 2011 “, said Sem Febrici, head of the Delegation of the European Union to Serbia. He emphasized the importance of this landfill, which covers 9 municipalities and annually collects about 80,000 tons of garbage.

Minister Jadranka Joksimovic thanked everybody who supported the campaign, stressing that the development of the Regional Landfill “Duboko” was started with the funds of the European Union and that the city of Uzice recognized the importance of primary waste separation into which 6 million Euros will be invested by the European Union in the next period. She pointed out that Serbia uses 200 millions of Euro in grants from the European Union annually. Chapter 9 will be opened in Brussels on Thursday, and the agreement for the pre-accession assistance in the value of EUR 179 million will be signed, out of which 62 millions of Euro is intended for wastewater treatment.

In the following part of the event, the Women’s Center in Uzice was visited by the delegation. Women’s Center is a unique innovative center for collecting and recycling textiles. The organization was a beneficiary of EU funds during the project ’’Textile recycling for Sustainable Solutions’’, which was financed under the Serbia-Montenegro Cross-Border Cooperation Program 2007-2013. Head of the Delegation of the European Union, Sam Fabrici, emphasized that this project should be replicated as a unique concept.

RDA Zlatibor hosted a panel discussion. During this part of the event, successful environmental projects were presented. CBC projects were listed as examples of good practice. The panel discussion was attended by representatives of the Ministries, Representative of the EU Delegation and representatives of local authorities. Antoine Avignon, project manager in the Delegation of the European Union, emphasized the importance of the preparation of the national strategy that is currently under way with the European Union Delegation and the Ministry of Environmental Protection working together on its completion.

The one-day tour ended with presentation of the results of the Neolife project at the National Museum, which is being implemented under the IPA Cross-Border Cooperation Program Serbia-Bosnia and Herzegovina. 2014-2020.

The Campaign has an aim to improve citizens’ awareness of the importance of environmental protection and it will continue with visits to other larger cities in Serbia. 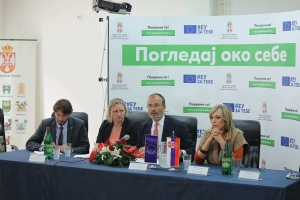 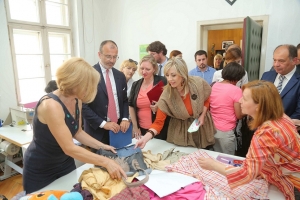 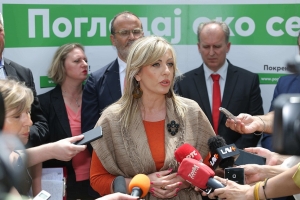 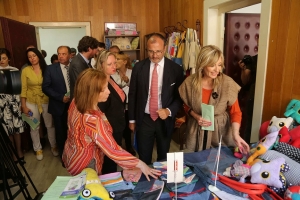 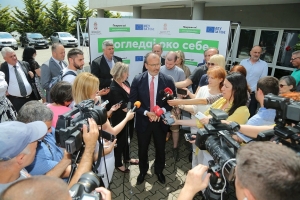 PCM Workshop was held in Šabac
Scroll to top