Blog - Latest News
You are here: Home / Newsroom / Projekti I poziv / Up. S. Tream-unapređenje socijalizacije i tretmana u mentalnom zdravlju / The educational training on working inclusion was held in Valjevo 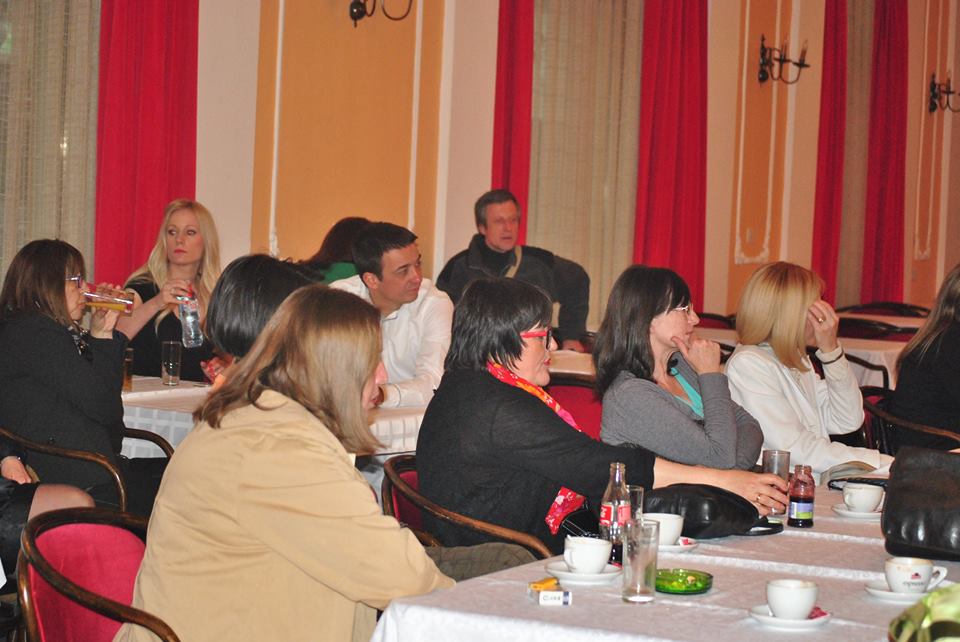 Working inclusion of people with mental disabilities was the subject of a three-day educational training held from 24 to 26 April, at the Grand Hotel in the city of Valjevo, which represented one of the final activities of the project entitled UPSTREAM 2 (UPdate of Socializing and TREAtment in Mental health – part two), which was co-funded by the European Union from IPA (Instrument for Pre-accession Assistance) funds for cross-border cooperation between Serbia and Bosnia and Herzegovina. With the support of our partners, it is being implemented by Caritas Valjevo and the Association for Mutual Assistance In Mental Distress – “Fenix” from Tuzla. The training brought together a number of experts and professionals who deal with labor inclusion of persons with disabilities, representatives of non-governmental organizations, associations, and employers. The training was also attended by guests from Tuzla and Italy.

– We all know that the quality of life of people with mental health problems largely depends on medical care, but also on the relationships they have with other people. Hence, these non health-related aspects are equally important, and all persons dealing with patients with mental health problems need to take  them into consideration, but to have a job or not is the most important of all these aspects – said prof. Dr. Paolo Serra, consultant at Caritas Italy and the project’s expert.

Svetlana Jankovic Beljanski, Social Affairs and Humanitarian Work Adviser to the Mayor of the City of Valjevo discussed the European Union experiences regarding this issue:

What is very distinctive is that in recent years people with disabilities in most EU countries are not treated as persons or individuals with some problem, but the community, in terms of human rights, needs to anticipate their problems and give them the opportunity to be actively involved in all social activities.  Special emphasis is placed on the philosophy of independent living, which holds that persons with disabilities, including persons with mental and psychological difficulties have the right to a dignified life, which means to work and become an active participant in society.

Prof.  Dr. Snezana Medenica, head of the Psychiatric Department of Valjevo General Hospital, said that medical experts have long been trying to find sources of help and support for these patients, because, as she said, they are labeled, no one wants them, and they do not belong anywhere. She recalled the activities carried out within the framework of the “UPSTEAM” project and announced the next steps.

– Six or seven years ago we started home visits in order to access our patients in a more humane way, to leave them in their environment, in their family setting. It is a wonderful and positive experience. We have now come to see where our patients are, what they are going to do when the workplace and social environment finds out that he is visiting a psychiatrist and he is ill. We got the results we expected, given our practice and experience, they were not encouraging and the question was what to do next. But no, we will not be depressed, we have to move on, we now strive to present this to the public, to say what kind of people we are, that each of us can be a mental patient, that each of us has the right to have a mental disorder that can be treated. And what next? We are motivated and ready to participate in “halfway houses”, which means to make a transition between a hospital and a house for our patients who are mentally ill, stigmatized, isolated, or there is no one to take care of them. These “halfway houses” would be a place where we could all, not just medical professionals, but also the social serveces and the entire city, work together to provide these people a more humane help. It means they would live in certain apartments, houses, where we would provide care to them, they could do something independently, for example, engage in work activities or occupational therapy. This is something that arose from this project and I hope that we will succeed in doing so. I think Valjevo is one of models as far as Serbia is concerened,  because we really made a big step forward – said prof. Snezana Medenica.

On the first day of the three-day event, the Association of Mental Health Service Users “Zracak”, which was recently founded in Valjevo on the model of the “Fenix” Association  from Tuzla, was officially presented to the participants. Snježana Badri?, project manager, talked about the newly founded Association as one of the most important results of the project. She also emphasised that the main objective, in addition to the formation of the Association and all the activities that have been implemented so far, is to create social justice and that people with mental disorders have their place in society. She said that this is the ninth association of this type in Serbia and is included in the network of mental health – NaUM. President of the Zracak Association is Aleksa Bukovski. By virtue of years of experience and engagement in the Lion Club of Treated Alcoholics of Valjevo, he will provide proper support to its members. In addition to mental health service, the Association will also include their family members.

– We have organized ourselves so that we could first help ourselves through a variety of activities, but also to go public in order to do everything possible to reduce mental helth stigma. People with mental disabilities are people who are forgotten, have trouble finding work, and live on the edge of poverty. They should not be regarded as a problem, but as resources and capacities. They still have something valuable to offer and they should be encouraged and enabled to express themselves. We must help them make their everyday life easier, we rely on the support from all of you, especially the youth – said Alex Bukovski, president of the new association, whose work will be performed in separate rooms in the courtyard of the Psychiatric Service.

Along with experts sach as Dr. Jasmina Pasic, Psychiatric Department of General Hospital Valjevo, psychiatrist Milena Maksimovic, clinical psychologist, participants at the three-day meeting dedicated to working inclusion of people with mental disabilities were also Živana Pantic, psychologist ,Valjevo Hospital, Jasmina Stanic, senior associate on employment of people with disabilities and development of social entrepreneurship at Provincial Employment Service of the Autonomous Province of Vojvodina, and Rada Sevi?, employment advisor, National Employment Service office in Valjevo. The work of OSI Club from Valjevo was presented to the participants by the coordinator Jovana Vujic, and everyone had a chance to see the play entitled “Izbira?ica” at the Cultural Centre performed by the Theater Society for Cerebral Palsy and the Association of drama, music, audio and video creators “Milovan Glisic”.On the last day of the training the employers talked about their experience regarding employment of persons with disabilities, including representatives of “Kej” construction company and “Zefir and Topalovic ” printing company.

During this three-day discussion and the picture on the obstacles and opportunities of working inclusion of people with disabilities in general was clearly seen, hence the people with mental disabilities, which was the goal of this meeting because the planning of social and political change in mental health can only be achieved through debate and exchange of ideas among all sectors. In this way, the organizers and participants want to contribute to the common path of integration and inclusion of people with mental disabilities, because their common efforts are focused on creating a more just society. 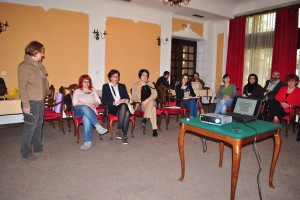 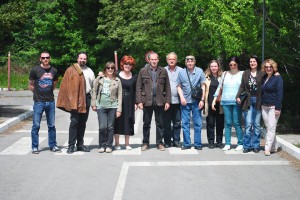 Kick of conference on the occasion of the launch of the Third Call for prop...
Scroll to top